Kansas City prides itself on being a national leader for digital equity. Becoming the first Google Fiber city in 2011 launched KC into the spotlight as it became America’s first gigabit metropolis. The city runs a  top-notch coalition for digital inclusion, launched a civic association to promote digital equity, and hosts Gigabit CIty Summits to showcase advanced technologies from around the country and the world. And yet, questions have lingered about how well Kansas City has done to address the digital divide. A 2017 Brookings study of broadband availability and adoption ranked Kansas City only 84th out of the top 100 cities.

The SHLB Coalition and the Kansas City Public Library hired Dr. John Horrigan to review the City’s progress in solving the digital divide using data from the American Community Survey (ACS).  His report, released last week, shows that KC has made significant progress. The combined Kansas Cities (MO and KS) increased their broadband adoption by 16.5 percent from 2013 to 2018, compared to the average rate of 14.7 percent increase in 10 other comparable cities.

But because the city started at a lower level of adoption, it has climbed only to the middle of the pack.  The combined Kansas Cities show an overall adoption rate of 84.1 percent, comparable to the national average of 85.1 percent. When compared to similar cities, Dr. Horrigan found that KC falls in the middle or lower half of the results:

The story for KC’s low-income families is disappointing. Broadband adoption by families with annual incomes below $20,000 in KCMO (57.5 percent) and KCK (50.4 percent) lags behind the national average (59.3 percent) and significantly trails the 65.3 percent average of the 12 cities above. The finding reinforces the idea that closing the digital divide is not only about making high-quality broadband available to all – it’s also about making it affordable.

So where does Kansas City go from here? Dr. Horrigan notes that broadband adoption tends to improve as cities reduce poverty, as internet providers offer more affordable prices, and as cities embrace partnerships with anchor institutions to promote digital literacy training and awareness.  The SHLB Coalition also suggests that policymakers could broaden the definition of “universal service” to allow E-rate participants to extend their networks to low-income households in the community.

While the study suggests there is no reason to celebrate, there is reason for hope if public officials embrace the results of this analysis and make a stronger commitment to solve the digital equity challenge. 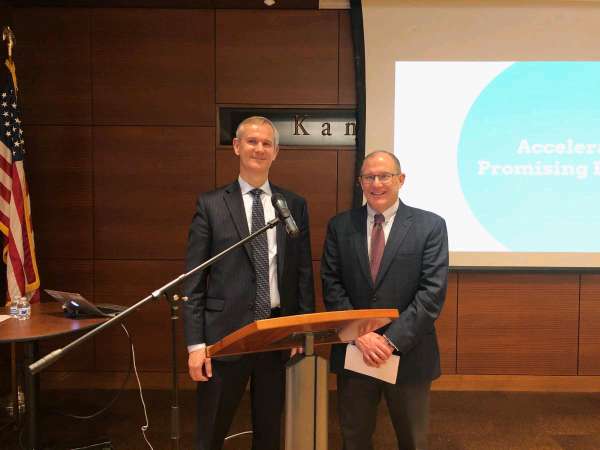