A Path Forward on Pole Problems

This week, the SHLB Coalition filed comments in response to the Federal Communications Commission’s Second Further Notice of Proposed Rulemaking (SFNPRM) to remove barriers to infrastructure investment. The proceeding aims to set standards for how pole owners and pole attachers must share the cost of replacing utility poles.

SHLB members have seen these delays happen firsthand. California’s Imperial County Office of Education (ICOE), for example, began to negotiate with a publicly-owned utility district during the 2017 to 2018 school year for a project to connect three of its most remote schools. The ICOE was required to shell out $100,000 to perform pole load studies, which found that nearly 50 poles needed to be replaced. Suddenly, ICOE had an unbudgeted $1.4 million pole replacement cost on its plate, forcing it to abandon the project.

ICOE’s story illustrates an all-too-common barrier to build-out, but not a problem that can’t be solved. Particularly as our nation looks to make the most of the historic Infrastructure Investment and Jobs Act (IIJA) broadband programs, the FCC has a critical opportunity to create a win-win solution for pole cost allocation that speeds efforts to close the digital divide.

In our comments, the SHLB Coalition made several recommendations to the FCC, often drawing from our Pole Attachment Principles:

While pole owners and pole attachers may struggle with disputes about cost allocation, the FCC has the position to provide guidelines that will help both parties focus on the bigger picture goal: Deploying broadband to close the digital divide for many communities in need, including anchor institutions.

For more information, read the SHLB Coalition comments filed with the FCC. 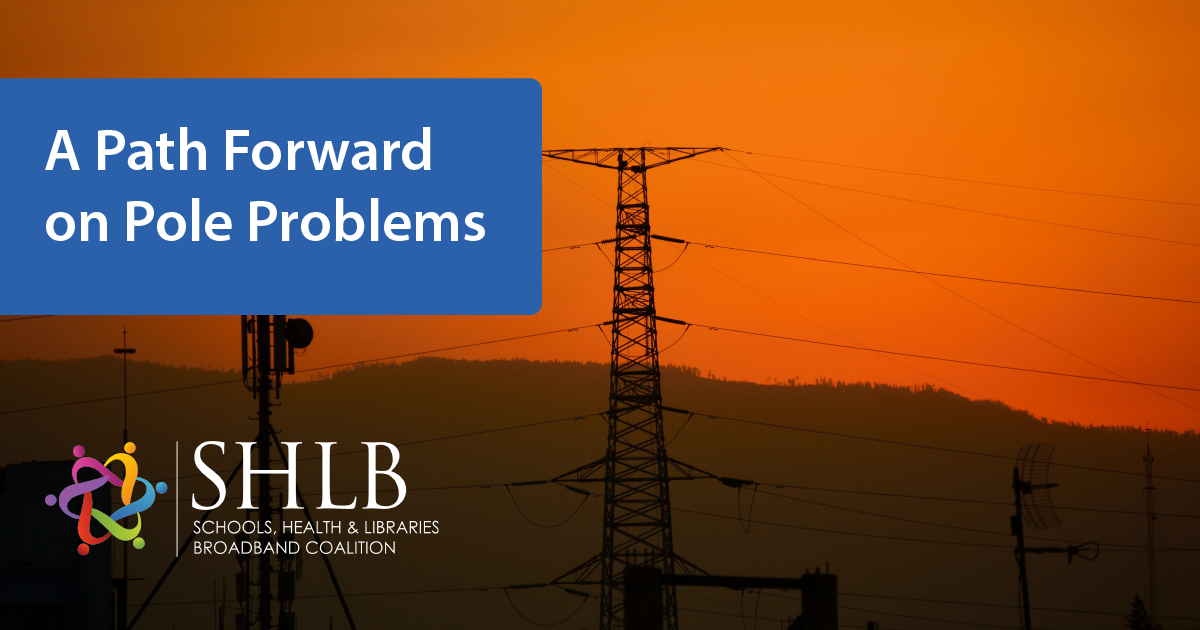