Chiefs for Change Members Are Closing the Digital Divide

By Chiefs for Change, guest author

In today’s world, people use the internet to pay their bills, apply for a job, schedule a doctor’s appointment, and — as any school-aged child will tell you — do their homework. Yet despite the countless ways that Americans rely on the web, 12 million students still do not have a high-speed home internet connection. The crippling effects of this gap became all the more clear in the early days of the COVID-19 pandemic when school buildings shut down and classrooms went online. Some kids were able to transition to virtual learning, while others simply were not. Children of color, those from low-income families, and students who were already behind in their learning were hurt the most.

“I will never forget, as long as I live, that a county commissioner who is responsible for funding the school district said, ‘Let the children use their cell phones to do their homework,’” recalled Sharon Contreras, superintendent of Guilford County Schools in Greensboro, North Carolina, while speaking on a panel at SXSW EDU in March 2022. “That mentality is much more widespread than we thought.”

Contreras was one of four members of Chiefs for Change, a bipartisan network of state and district education leaders, who talked about their work to permanently close the digital divide. She noted that on a cell phone, it is basically impossible for a child to write a high school English paper, for example, or to stream a video of their teacher giving a lesson. When Covid hit, Guilford County Schools rolled out so-called smart buses — school buses equipped with technology to beam a free Wi-Fi signal to those nearby — and parked them in low-income neighborhoods as one strategy to meet immediate needs. But Contreras, like the others on the panel, knew that wasn’t a permanent fix.

“I remember sitting in a meeting with our city leaders and our district saying, ‘We can’t hotspot our way out of this,’” Chad Gestson, superintendent of the Phoenix Union High School District, shared during the panel discussion. “We said, ‘Let’s cast a really bold vision for the entire city.’”

That bold vision became a plan to blanket all of Arizona’s capital city with free Wi-Fi. Phoenix Union and its partners mapped out every publicly owned asset and developed a plan to strategically place, throughout the city, Wi-Fi stations that would tap into the district’s and its partners’ own computer networks. The group spent months executing complex intergovernmental agreements among all of the various entities, procurement teams, legal teams, and tech teams. In addition, recognizing that public-private partnership would be critical for long-term success, the group engaged the local business community.

“There’s an economic imperative,” Gestson explained. “The workforce of the future is changing — and so our initial tagline for this Wi-Fi network was, 'A Network For the Future, For the Workforce of the Future.'” Gestson said Phoenix Union and its partners began with a small proof of concept, and are now rolling out a system that will provide free internet access to every public school student in Phoenix.

To solve the problem, Muri relayed that Ector County became the first school district in the country to partner with Elon Musk’s SpaceX on its new Starlink program. “They launched satellites that . . . orbit over part of our community, and we now provide high-speed broadband to multiple families.”

Muri continued, explaining that, “Last week, we had our latest family that came on. . . . We asked the dad to run a speed test, using his cell phone, because that’s all that he had. . . . And when he ran the speed test, he was getting a whopping 6 megabits of download speed on his cell phone. And then we turned on his new Starlink satellite, and he went immediately over 180 megabits of download speed in his home — and so you saw the tears from this father, because he knew what it meant for his three kids. Now [his] kids have access to their teachers. They now have access to do their homework, when the teacher has an assignment that requires some form of research.” Muri said getting high-speed internet was truly a life-changing experience for that family.

Like Muri and Gestson, Contreras has worked to establish partnerships and move toward a lasting solution. “We formed a 501(c)(3) with the City of Greensboro; with Guilford County; with North Carolina A&T State University, which is the largest historically Black college in the country; and with University of North Carolina-Greensboro to leverage our collective resources and the millions of dollars in network infrastructure we have to start putting towers on our school buildings in the poorest areas and to provide free internet access to our students and their families,” Contreras said.

Donald Fennoy, who is chief in residence at Chiefs for Change, moderated the panel discussion. During his tenure as superintendent of the School District of Palm Beach County in Florida, Fennoy leveraged existing county-owned fiber optic cables and school radio towers to provide internet in neighborhoods surrounding a number of school campuses. Students received a Wi-Fi extender for continuous access at no ongoing cost. The community also installed the extenders on utility poles for greater coverage.

All four of the superintendents believe federal funds should be used to support similar initiatives in communities around the country. In 2021, the federal government approved an infrastructure package that included $65 billion to expand broadband. “If we’re not a voice speaking about the use of that money in our own communities, then this opportunity will be missed,” Muri said. “It’s once in a lifetime. If we let it pass by without being at the table, then shame on us.”

As these examples show, school districts are well positioned to lead efforts to get kids and families connected to the internet. That’s because K-12 leaders are embedded in the communities they serve — they know their families and routinely work with a variety of local partners. Chiefs for Change has called on the National Telecommunications and Information Administration to prioritize funding for district-led initiatives aimed at connecting unserved and underserved areas.

In the 21st Century, the internet is an essential school supply — but it is also so much more. “I keep stressing that we don’t end the racial wealth gap by just helping students with homework,” Contreras said.

She emphasized that when we ensure families have high-speed internet at home, we also give them access to information that can help them do things like take care of their health, hold down a job, and explore a range of opportunities in pursuit of their dreams.

This article was originally published by Chiefs for Change on March 17, 2022. It has been republished here with the permission of the author. 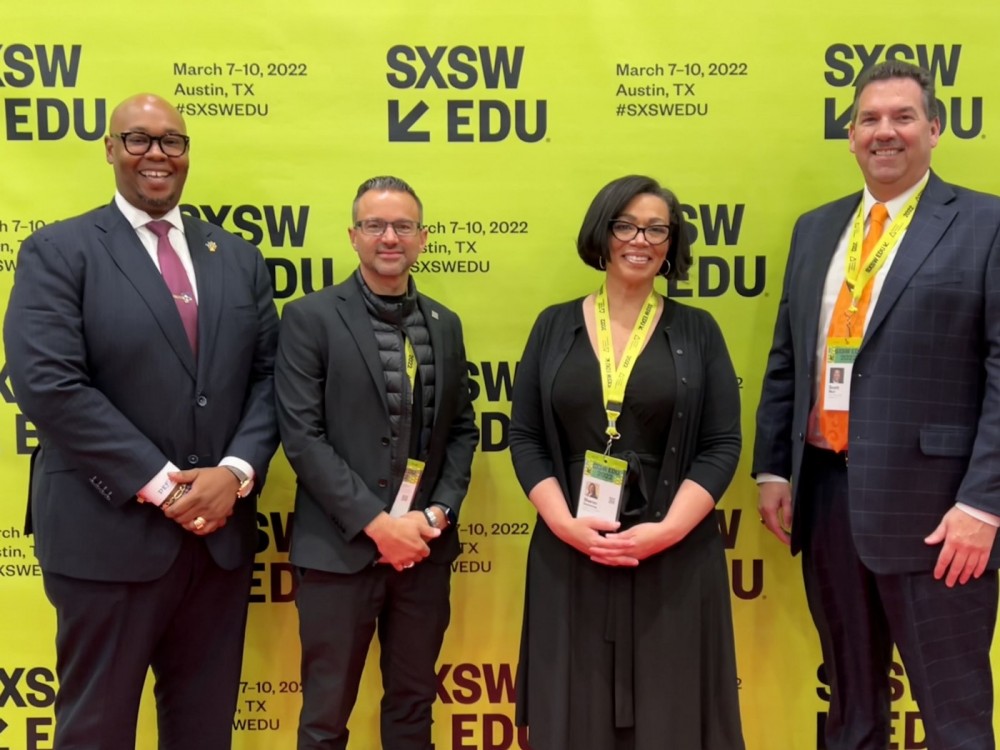