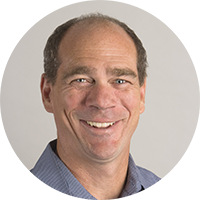 Eric Fredell joined the SHLB Coalition in 2020 to enhance the organization’s membership offering. In this capacity, he guides SHLB’s membership engagement and recruits new voices to strengthen the Coalition. Eric previously led membership operations at the Chamber of Digital Commerce and the Software & Information Industry Association (SIIA). Prior to his work with trade associations, Eric worked on trade policy and export promotion at the U.S. Department of State and the Department of Commerce.

Eric holds a Master of Pacific and International Affairs degree from U.C. San Diego, as well as a B.A. in political science from the U.C. Santa Cruz. 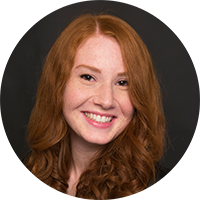 As Communications Manager, Alicja Johnson is responsible for raising the visibility of SHLB's advocacy and member successes. She produces creative content, including webinars, blog posts, and the monthly newsletter. Alicja also develops communications strategy for all SHLB initiatives, manages media relations, and serves as webmaster. Prior to joining SHLB, Alicja worked with the communications team at BSA | The Software Alliance. Her writing has been published in several print and online media outlets. 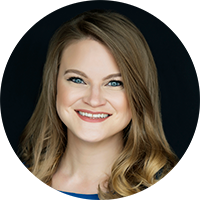 Emily Olson joined SHLB in 2014 to lead the organization to optimum organizational effectiveness by designing and managing the systems and processes that allow SHLB to have its wide-reaching impact in the broadband industry. As Chief Operating Officer, Emily oversees strategic planning, designs and implements SHLB's special projects, and manages staff. She also plans all SHLB events, including the organization's flagship Annual Conference. Previously Emily served as a youth development consultant for the Peace Corps, where she launched a pilot project in Morocco to help local children engage with their communities. Prior to that, she coordinated the swift delivery of food and telecommunications services to vulnerable populations after disasters for the American Red Cross. 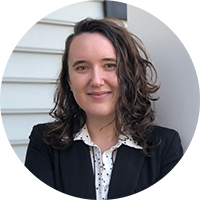 Abigail Simmerman started interning for SHLB in the fall of 2020, tracking CARES Act funding used for broadband infrastructure and anchor institutions. She is a student at the University of Virginia, where she’s earning a B.A. in media studies with a concentration in policy and ethics, and working on an M.A. in media, culture, and technology with a focus on broadband policy research. After completing school, Abby hopes to work in Washington promoting the importance of closing the digital divide. 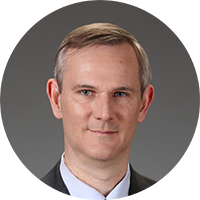 John Windhausen Jr. founded the SHLB Coalition in 2009 with the support of the Bill & Melinda Gates Foundation. As executive director, he spearheads SHLB's membership growth and shapes its broadband policy recommendations. Previously, he served as president of the Association for Local Telecommunications Services, spent nine years on Capitol Hill, and started his career as a staff attorney at the FCC. In his role as senior counsel to the U.S. Senate Commerce Committee, John was a principal staff person responsible for drafting the Telecommunications Act of 1996 and served as chief legal adviser on telecom issues to Senators Fritz Hollings and Daniel Inouye.

John has authored several papers documenting the benefits of broadband. His EDUCAUSE whitepaper, "A Blueprint for Big Broadband," resulted in the creation of the Broadband Technology Opportunities Program (BTOP). In 2012, John was named the Community Broadband Hero of the Year by the National Association of Telecommunications Officers and Advisors.

John sits on the board of directors for the National Digital Inclusion Alliance (NDIA). He holds a J.D. from UCLA Law School and bachelor's degree in history from Yale University.